Why HGTV and Zillow Are Fiction

Building a new home is said to be an extremely stressful undertaking, but that process was wonderful. It was selling my current home that nearly sent me on the road to crazytown. A big part of the problem is buyers’ expectations, which have become completely unrealistic with the advent of HGTV and sites such as “Zillow” where consumers can research their perfect home. In a real estate class this spring, an instructor dubbed this phenomenon as buyers believing themselves to be “Zilllow certified.” These consumers obtain just enough information to be dangerous. With some TV watching and clicks of a mouse, they think they know more than their realtor.

I endured over 25 showings the first two weeks my house was on the market and was completely exhausted. The feedback was overwhelmingly positive that the house was beautiful, well maintained, and very clean. However, in reading the feedback in more detail, it quickly became apparent that prospective buyers wanted this 22-year-old house to be like new, despite its numerous updates. In a tight market with little inventory of homes for sale, and those available selling quickly, the initial hope was that my house would as well. While the feedback was good, buyers were very nit-picky. These attitudes derive from what HGTV peddles – that every home will look just like the homes renovated on shows from Love It or List It, Good Bones, Property Brothers, etc., no matter what its age.

In another real estate class, the instructor noted that on every HGTV program there should be a disclaimer clearly stating the following is entertainment and often fiction. A few years ago, the HGTV program, House Hunters was exposed as exactly that because those buyers looking at three ‘options’ had frequently already chosen the house they wanted to buy. Buyers who seemed unimpressed with a property were coached on what to say for dramatic effect. This is a far cry from the reality of purchasing a home. When you’re home is constantly being shown, sometimes daily, there’s much more work involved in maintaining a clean house that can be viewed at a moment’s notice than what Drew Scott implies. In real life keeping the property clean for a continual stream of showings is on the homeowner. These days, there’s also the stark reality of COVID-19 adding a whole layer of disinfecting the house before and after live showings. No handsome twin brothers or fabulous designers will help you get the job done. 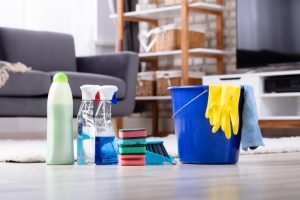 In the first two weeks, we had one terrible offer. The potential buyer had done his Zillow due diligence and was convinced the house was worth an amount far below the asking price because that’s what he was seeing online. Except the houses weren’t comparable. Real estate professionals use comparable properties in the area to help determine the asking price. My team countered but the buyer insisted he knew best, ignoring the advice of his own realtor. That doesn’t mean researching potential homes isn’t a good idea, but unless you have experience in real estate, it’s only information. Buyers don’t see the whole picture of a house’s benefits or shortcomings online, another fiction. Worse – some of the homes featured on Zillow aren’t even for sale.

Then there’s the home inspection. Currently in 22 states (including much of Midwest and my home state of Minnesota) home inspectors are not licensed or required to take continuing education courses. The rub here is you’re letting a complete stranger into your home who then proceeds to tell you everything that’s wrong with it. I had issues too, and while not major, they cost money to repair. One inspector asked for carbon monoxide detectors to be installed when there were already two, both new and prominently displayed.

Real estate agents hate HGTV, Zillow, and so forth for the fictions they present, impacting the industry in unrealistic and negative ways. My ordeal is almost over, but one thing is definitely true – I will never sell another home. They’re taking me out feet-first.